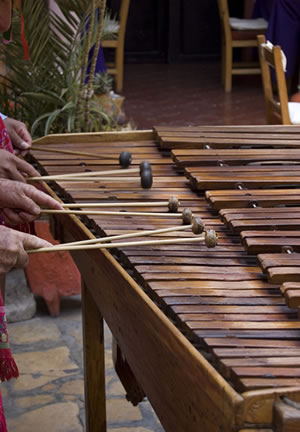 If we’ve heard it once, we’ve heard it a thousand times: drummers are not musicians and pianists are not percussionists. It seems that even in music, an experience that is based on the ability of people and instruments to work together to weave together the magic of song, there are always going to be those hard-hitting debates where feelings get hurt and someone stomps off in anger. The argument has been around forever, and it seems that there is always a drummer or percussionist in the middle of this instrumental debate, lending more to the uncooperative, egotistical “just a drummer” stereotype than what is rational. While everyone is entitled to an opinion, we’d like to clear up the madness, once and for all and proclaim to the world that pianists are percussionists, and drummers are musicians (and marimba players are pretty much the greatest thing to ever happen to music).

5 Reasons Why Pianists are Percussionists:

5 Reasons Why Drummers are Musicians:

Other Instruments that Fuel the Percussion vs. Piano Debate:

While these points are not exhaustive, there is quite a bit of circular logic to both arguments that can be attributed to the instruments being played. For a piano to play, it needs the technology a drummer uses with each beat of the drum. For a drummer to get into the groove, he or she needs to understand the principles of music, harmony, melody, how to keep a rhythm steady, add personal touches, and include any other instruments (and their musicians) whenever possible. All of the same concepts a pianist must know, as well as a guitarist, vocalist, marimba or sax player. Which establishes a drummer isn’t “just a drummer,” he or she is a musician.

So, why can't drummers and pianists just kiss and make up?

They just can't. Being “just a drummer” polarizes the musical masses, and they would all have to admit that a drummer is able to perform many functions of music, whether alone or within a group setting. The best musicians are team players, coaxing each other into the epic climax of a song, awaiting the thunderous applause from an astonished audience. Thus, it is important to understand that there is no “I” in “band,” or in “orchestra.” All musicians should support each other on that premise alone. But, there is an “I” in “drum circle,” and, interestingly enough, pianos are rarely spotted at such events. In fact, it is probably okay to let that ego shine and feel like more than “just a drummer” amongst the other participants at the drum circle, except maybe those who play the marimba, which is just like a piano; only, it’s also like a drum…

...and that's why drummers and pianists cannot be friends.