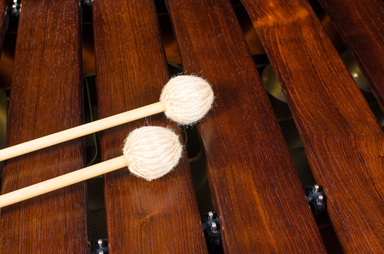 If you’re one of those music fans who scour the backside of album covers or the sleeve of a CD, you probably noticed that some artists are given credit for being a drummer, while others are labeled as a percussionist. You may even see both titles next to an artist’s name, causing you to once again question everything you ever knew about the world of music, rhythm, drums and percussion instruments.

We feel your pain.

There are legendary drummers who would never once say they’re percussionists, and there are percussionists who wouldn’t pick up a drum if it was the only way to save Rock ‘n Roll. There are also the rhythm-makers who just don’t care, and think the rest of the world is crazy for putting this much thought into such a small problem. There are drums and marimbas to play, after all.

After thoroughly researching the possibilities and taking very scientific opinion polls and reading lots of reddit posts, we discovered the following. Strap on your djembes, people, this is going to send your groove into a new dimension. 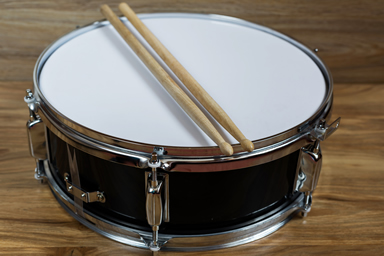 Much like a square is a rectangle, but a rectangle isn’t a square… a drummer is a percussionist, but, a percussionist isn’t necessarily a drummer. Technically speaking, of course. Percussion instruments are so varied that drums are only part of that entire instrument category. While there are probably very few percussionists who don’t play drums, for the artists who specialize in non-drum percussion, this can be an important facet to their very being.

For example, a person who has done nothing but study the shekere for years may be disappointed to find all of that time developed into the title of a drummer, for percussion’s sake. The people who make up the credits for an album or announce a person on stage may not know what a shekere is, and “drummer” was the best they could come up with. Not that being a drummer is a bad thing, but, apples and oranges… are still fruit… just different fruits.

Drummers are a little less subtle. You can tell a drummer is a drummer by the drum that she or he is playing. It is really that easy, and you probably won’t hear a lot of argument about that… or anything, really, since drumming can get pretty loud and drummers don’t really care about titles (right?).

Unless, of course, that artist insists on using both titles (which is fine, like a fruit smoothie of rhythm). A drummer-slash-percussionist plays drums (drum set, hand drums or any drums available) and percussion instrument like the shekere, cowbell, shakers and more. For some, the “percussionist” in this might come from playing hand drums like the djembe or bongos or even instruments like the piano … or orchestra cymbals! It all depends on the artist and the interpretation of his or her craft and instruments. Except for a drum set drummer… that one is pretty obvious.

Perhaps the biggest lesson in this is that it makes sense that drummers and percussionists are just high-level thinkers. We have more instruments to choose from than any other classification of musician, and more that are developed all the time. That’s why we have to have at least two, very similar, but different, ways of describing what we do. We can’t be simple; our instruments aren’t even simple. We can a wood block and devote years into studying its rhythmic possibilities, AND be right! Rhythm is naturally complex, so, its instruments must be, too… and, as such, so must the people who play them. The drummers, the percussionists… we are rhythm in human form, which should be how we’re credited on those albums and sleeves. Rhythm in human form.