Studies continue to show great benefits for senior citizens that take on a hobby of playing music. Performing in relaxed musical groups results in overall physical and emotional well-being in the elderly.

The Music Making and Wellness Project was a study on the affects of musical participation on healthy American seniors. The project's findings were positive, proving that stress, depression and loneliness diminished greatly for those taking music lessons, while the life outlook of the control group didn't change. Interestingly, the participants of the music group has a 90% increase in the production of human growth hormone, which is known to decline as seniors age. 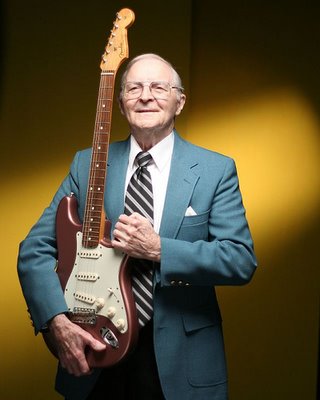 As Ted Turner stated, "Music has a great power for bringing people together. While it may seem that our days are filled with challenges that create more distance between people in our lives, it is important to take time out to participate and enjoy those activities that create bonds and community connection.Music groups seeing the best health results are those with members who encourage one another and practice social skills just as much as musical skills.

You could join a drum circle or a class, as long as there is a focus on involvement and a musical environment. As beginners enter a healthy and positive senior musical group for the first time, the welcome is typically a wonderfully surprising experience as their reason for being there is in line with the rest of the group; to feel better and make friends. Finding a group led by a mentor rather than an instructor will reduce the stress a novice may feel.

Senior music groups aren't about top class performance, they're about creating a sense of community. In the movie The Visitor, a 60-odd year-old widower discovers the djembe, as a result of his friendship with two illegal immigrants who have taken up residence in his abandoned apartment.

The bonds of age or skill don't matter; Walter (Richard Jenkins, who was nominated for an Oscar for Best Actor in a Leading Role for the movie) finds passion and joy in playing his djembe, both in group circles and by himself. Walter discovered a new culture and a new skill, connecting him to his old life with his classical piano-playing late wife, while at the same time gaining new interests and becoming a more diversified person.

The djembe drum is just one of many instruments that seniors typically experiment with. While some individuals will pick up a familiar instrument that they learned at an earlier point in their lives, many others venture into new areas of music and end up connecting with an instrument they may have never heard of - like a banjo, clarinet or even the didgeridoo. As long as you join a group that is positive, encouraging and sonically matches your instrument, you should be set.

The biggest factor of a healthy music group for seniors is creating an enjoyable environment, playing simple arrangements with a variety of instruments. Whether joining a huge drum circle or a small brass band, the same ideas apply. The melody has a therapeutic way of connecting a group in a community effort to carry the sound which insists stimulation and intellectual challenge without causing stress.

Seniors will be reminded of the importance of working in a group, and will be involved in musical events in the future, making sure that they feel like a part of something. The skills one gains in a band are the skills needed to create any thriving community. At the same time, studies show that musicians, no matter what age, suffer less from depression and have increased strength in the immune system.