Working drummers know well that performing light acoustic shows are part of the job and they need to be trained and prepared to drive the backline using an alternative drum when a standard drum set is not an option. A traditional hand drum is the standard alternative for these situations and drummers typically choose to use a djembe or cajon drum when the kit is too much for the room.

A djembe is a West African hand drum designed for usage in a drum circle. This hand drum is all about connecting with people and involvement by the entire community, and its easy for anyone to participate. Ben Harper, Paul Simon and Peter Gabriel are known for including the djembe in their typical percussive line-up. 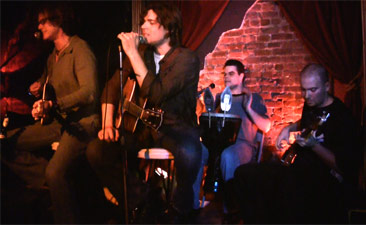 Traditional African drums are favored by professional djembe players, due to the superior materials. African female goats lend tougher skins than American goats, to the drumheads, as a result of the rough life of the African goat. African djembes also use hardwood instead of plastic or softwood, which makes for better sound. Many mass market djembes you see at department stores and big chain music stores are made of synthetic materials such as PVC or fiberglass which offer more durability but also offer less warmth when it comes to tone.

The djembe was prominently featured in Thomas McCarthy's 2008 film, The Visitor. The film focused on the cathartic experience of playing the djembe, and how the musical expression can become part of overcoming grief, as a result of the emotion. Djembe playing is about expression more than skill; it is about community and passion.

Unlike the West African djembe, the cajon is an Afro-Peruvian hand drum that is played by slapping the sides. The box drum has an interesting and broad history where in one case the drum was used as a way to continue to play despite the Spanish boycott on African music. The shape of the box masked itself and was seen as a stool or a shelf rather than a musical instrument.

Throughout history the cajon drum has been used to play the rumba and flamenco music and has recently become a major player in contemporary music. Most recording engineers are starting to experiment with cajon drum tones in the studio for rock, reggae and hip hop recordings.

Famous performers like Jennifer Lopez and the Dixie Chicks have used the drum, as well as Alejandro Sanz, Fleetwood Mac, Norah Jones and Ben Harper.

To play the cajon drum, the player sits on top of the instrument and plays various rhythms on the frontplate, which is typically made of fine hardwoods. The other parts of the box are made of thicker wood, which creates stability for the musician, with rubber feet for the protection of floor surfaces and the bottom of the cajon.

Cajons today have a variety of sounds as a result of bass pedals, snare wires and nylon strings in the production of the drum. Musicians use their hands, as well as plastic and metal brushes to vary the sound for the music.