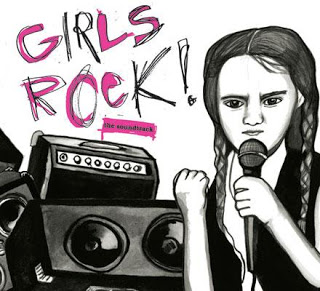 The Bay Area Girls Rock Camp, founded three years ago in Oakland, is an organization created to help young women between 8 and 18 years old learn to play musical instruments, create bands, and defy gender norms. Furthermore, this nonprofit organization prides itself on helping its attendees improve their self-confidence, increase their ability to collaborate and find a whole new creative outlet.

The summer camp daily creates opportunities for young women to try their hands with different instruments, take music lessons, practice with their band, workshop their music and play performances. Is your child interested in becoming a drummer? There are volunteers in place to help train, in groups as small as three. Nervous about her peers having more skill? Students are grouped by experience, so she's sure to be with people in her skill group. One of the most intriguing aspects of this camp is the opportunity for band and female enrichment - on the first day of the camp, girls join together to make a band, play together and write a song all the while undergoing workshops on self-defense, songwriting, self-image, screenprinting and more! The summer camp also puts girls in touch with real girl bands in preparation for a final performance at a live venue.

The first annual Girls summer camp opened in 2008 at the Julia Morgan School for Girls with over 100 involved - 65 girls and 40 volunteers. By the next year, enrollment had doubled, boasted 130 participants and even more volunteers. In 2009, the Camp also expanded to boast an after school program, the Girls Rock After School Program, which served 25 girls.

Looking for options outside the bay area? The Bay Area Girls Rock Camp has partnered with camps all over the United States and the world. The four-year-old coalition, Girls Rock Camp Alliance, has more than twenty members, with locations in Brazil, Germany, Sweden and the United Kingdom.