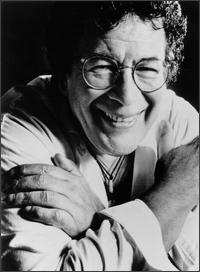 American music is as diverse as its people. Decade after decade, the music of the United States continues to evolve as it incorporates elements from a vast array of cultural influences. In this sense no one is more American than Drummer Ray Baretto. While raised in Spanish Harlem with its strong Latin influences, Baretto fully embraced the music of Jazz in his adult life creating a truly unique blend that has left audiences blown away. Despite his success as a Jazz percussionist he was never able to shake his identity as a Latin musician. This conflict fed his appetite for bigger and stronger performances. While many others had tried to blend Jazz and Latin styles, Ray Baretto embodied it, and this pure mixture dazzled his audiences making him a true Rock Star.

Baretto, whose surname is the result of a typo on his birth certificate, was born to Puerto Rican immigrants. From an early age, young Ray was influenced by his mother's love of Latin music, but his true love was Jazz. It was during a tour with the Army in Germany that he heard Dizzy Gillespie play alongside Chano Pozo that Ray realized his calling. As soon his military service was up, he returned to his home in New York where he would visit Jazz clubs and sit in during jam sessions. On one occasion, Charlie “Yardbird” Parker, the famed saxophonist, heard Baretto playing and ask him to join his band. This led him to later join Tito Puente's band and allowed Baretto to reach the success he had dreamed to achieve.

Baretto's success led the way for other Latin inspired drummers to become regular presences in Jazz ensembles. And this mix of Latin music and Jazz is representative of Ray Baretto's life and career. While he was known and identified as an innovative Latin musician and percussionist, he preferred the big band feel that he had enjoyed as a youth. This put him at odds with fans and other musicians.

In spite of the conflict he felt, Baretto persevered and made great contributions to Jazz and R&B. He sacrificed his own desires to play with the freedom that Jazz offered and often simplified his own beats to allow the other musicians more room to explore the possibilities of Jazz music.

This frustration persisted through much of Baretto's career. He continued his efforts to blend the Jazz and Latin styles of music together constantly attempting to fuse the two genres into one. Baretto's own “El Watusi” was the first Latin single to make into the Billboard Top 20. He would seem he would forever be identified by his Latin roots while his much loved Jazz seemed just out of reach.

However in 2006, hours before his death, he accepted the National Endowment For The Arts' honor as a Jazz Master. Standing next to the likes of Tony Bennett and Chick Corea, Ray Baretto finally got his must anticipated recognition as a Jazz Musician and Percussionist.