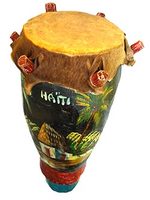 The hand drums we see today in drum circles represent a lot more than just a gathering of hippies (or, hipsters) drumming together as an exercise in music, rhythm and creative expression. Most of the hand drums used in drum circles, like djembe drums or cajon drums are modern representations of the drums used by African slaves in all parts of the Americas. These drums have evolved over the centuries into the instruments we are familiar with today, but, there was once a time when the drums we know and love were much more religious in nature. That’s not to say we don’t all get a spiritual boost from the drums and the rhythms we play, but, there’s a lot more to these drums than meets the eye.

Haitian Voodou drumming, for instance, is an experience of spirit that may only be understood by those who have passed down the tradition through the generations. Much like the Santeria religion of the Caribbean, Voodou came about as a way to hide African traditions from the power-hungry (and terribly frightened) landowners in Haiti. By adapting spiritual beliefs to the strongly-held Catholic religion of those in power, the African men and women could still practice their own belief system, under the guise of Catholic saints and ceremonies. At the same time, the drumming traditions were also adapted from their African origins into what we now know as Voodou drumming, which celebrates a triumphant culture while calling on the spiritual beliefs that been maintained for centuries. 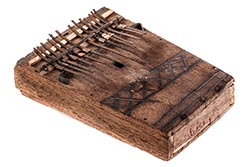 Voodou drumming is spiritual in how it allows a person to be “possessed” by spirits, or Loas, much like being full of the Holy Spirit in Christian religions. The drumming invites one (or more) of the seven Loas to help guide a person through various problems or milestones in life, and each Loas has its own type of drum (and rhythm played on the drum) that is used to summon the spirit. Haitian voodou drumming often includes the ringing of a bell, or the addition of a mbira or didgeridoo within the beat. There are a ton of great resources available online (or, in person, if you’re lucky enough to know a voodou drummer!) that go into depth on the culture, history and techniques surrounding Haitian voodou drumming.

One thing to keep in mind: voodou drumming is not the same “voodoo” that is seen on TV as a dangerous practice with sacrifices and “magical” violence, it is drumming in a spiritual place and it is a polyrhythmic masterpiece to behold. As tradition dictates, particularly with African drumming, the sights and sounds of the experience were considered evil and unholy by those who were the “owners” of the slaves that retained their own cultural ties to rhythm. Rhythm and drumming throughout Africa was an important part of daily life, and after being “traded” to new lands, the men, women and children were expected to adopt the culture and traditions of their new homes. Some traditions stayed in Africa, while others became the Voodou and Santeria we know today. Regardless, all surviving traditions of African culture are a true representation of the human spirit and of nations of people who have shown a resiliency of spirit that is nothing short of astounding.