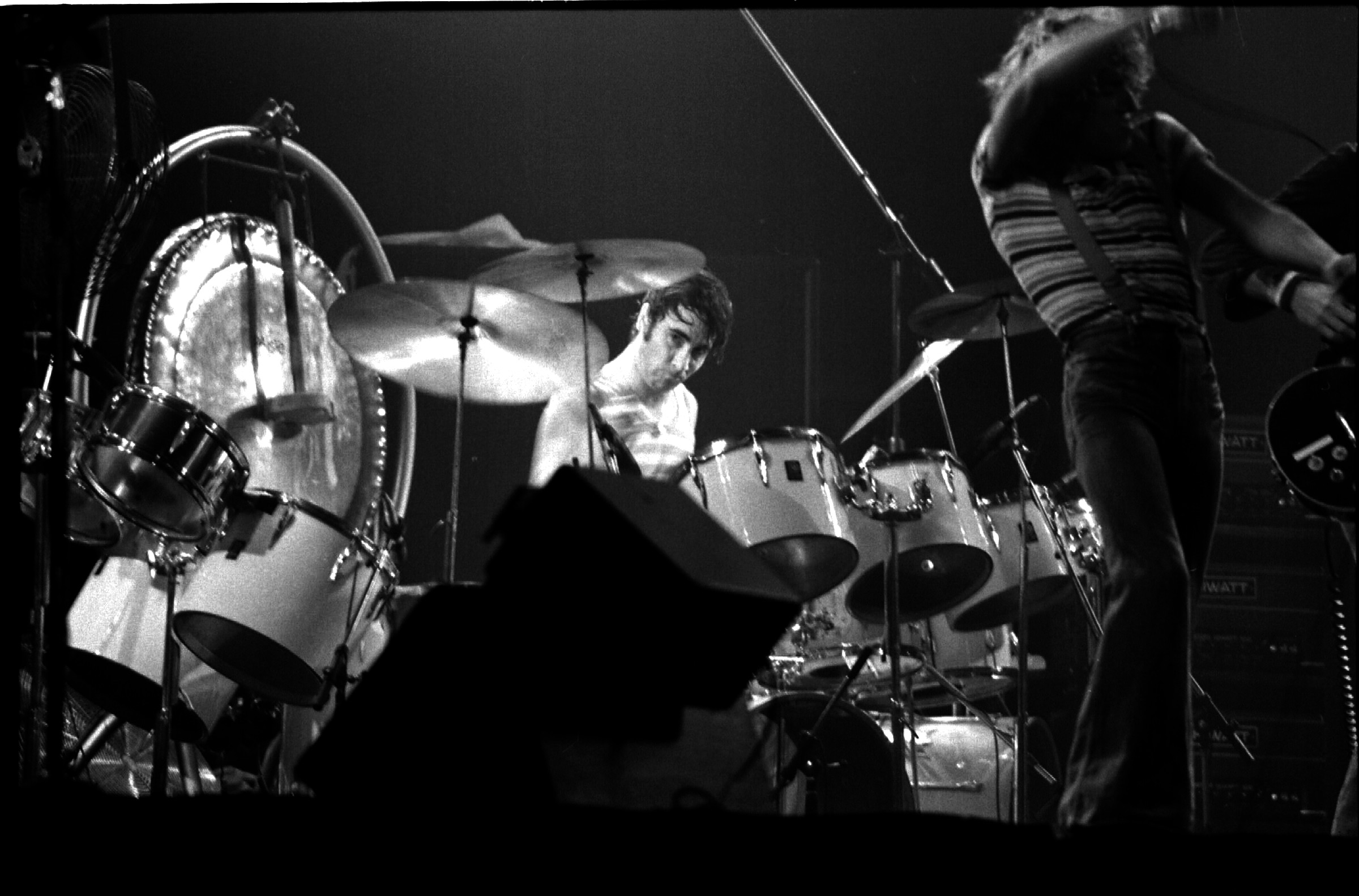 The Who’s Keith Moon and Led Zeppelin’s John Bonham were two drummers who had the most influence on modern rock drumming, according to Modern Drummer magazine. Both drummers are equally remembered for their heavy alcohol and drug use. Alcohol and drugs fueled Moon’s eccentric behavior, such as destroying hotel rooms, and even caused him to pass out on stage twice during a show on The Who’s 1973 Quadrophenia U.S. tour and again during the opening show of the band’s 1976 U.S. tour. He died two years later in September 1978 after an overdose on drugs he was taking to alleviate alcohol withdrawal symptoms while getting sober.

Bonham, whose unique drumming style became the benchmark for heavy rock drumming, suffered the same fate. A regular heavy drinker, Bonham died in September 1980 after a day and night of heavy drinking. The day of his death, Bonham showed up tipsy at rehearsals, continued to drink during rehearsals, and drunk even more until midnight at guitarist Jimmy Page’s home. Throughout a 12-hour period, Bonham had consumed about 40 measures of vodka. He was found dead the next morning.

It’s always nice to celebrate and relax with a beer after a gig, but every musician should know his or her limits and drink with caution. If we’ve learned anything from musicians like Moon and Bonham, it’s that alcohol and drugs can easily take over your passion, musical career, and life. So focus on what music is really about: creating art, inspiring fans, and rocking out!