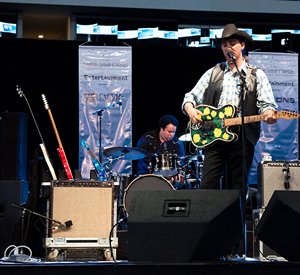 There was a time when drums were not considered appropriate for country music; they were too loud or too “rock and roll” to use in most recordings or performances. Rhythm guitar was the rhythm in a country song, or the percussive toe-tappin’, thigh-slappin’ method was used. Drums weren’t even allowed on stage at the Grand Ole Opry until the 1940s. Traditional country music was about the stringed instruments and the vocals with little to no emphasis on percussion instruments. Today’s country music reflects much of the same composition, but, we’re lucky that more country bands and artists have embraced the beauty of drums, and with excellent results. 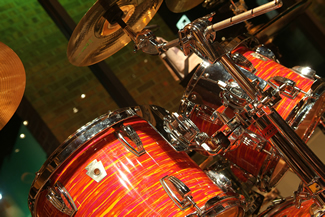 Country drumming is one of those simple complexities in the world of rhythm, which shouldn’t surprise any drummer or fan of the music. A country music drummer has to keep in mind plenty when playing that “simple” beat, including:

Country music drumming may lack the attitudes we attach to rock or jazz drumming, but, country music drummers are usually okay with that… or they’d be rock or jazz drummers. Plus, most country drummers can show off their rock and roll, jazz or any other rudiments and skills as needed, whereas it might be a little difficult for a hard-hitting thunder drummer to tone it down a few notches and play an entire country song without missing a beat. It takes a special kind of drummer to play country music, and maybe that’s what makes them just that much more exceptional – they’re the heartbeat of country music. For a genre that is best known for its emotional connection, there’s really no more important seat, or throne, to have.