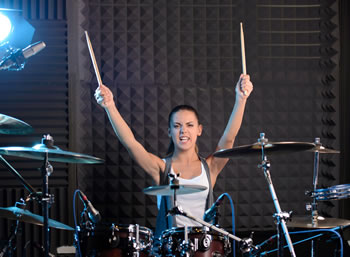 Having an impact in the world takes dedication, motivation and a selflessness that not everyone can embrace. This impact, this hard-hitting desire to create positive change is seen in all areas of life, from the environment to health concerns, education or awareness programs. For a drummer, a person who is used to creating a new rhythm through his or her own impact, giving back to a world that has allowed such freedom may be second nature. Drummers define the motivation of a song, just as much as they define the motivation for social change and awareness. It is the backbeat to their unique drumming flavor or the driving inspiration to create a rhythm of change that ultimately benefits the entire planet.

The Clem Burke Drumming Project is based upon the fitness aspects of drumming, and how they can impact the health of others. Through studying the performance needs of a drummer throughout his tour, researchers noticed that there was a direct connection between fitness levels and the stamina needed to perform and tour as a performer. The Clem Burke Drumming Project wants to use this research to encourage further methods for increasing the overall enjoyment of drummers, as well as introduce drumming to children who may need help with fitness motivation or other participation skills.

Stephen Perkins, drummer for Jane’s Addiction, recently sponsored a “Beat MS Drum Circle” in order to support the overall “ Rock Against MS” Cause. Rock Against MS brings awareness, support and education to those affected by Multiple Sclerosis, their families, friends and loved ones, as well as the rest of the world. 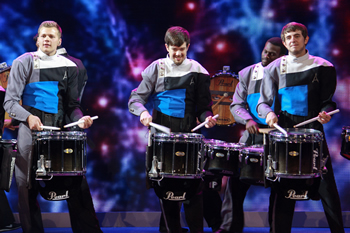 Project Resiliency is sponsored by the Raven Drum Foundation, which was established in 2001 by drummer Rick Allen of Def Leppard and Lauren Monroe. This project serves, educates and empowers veterans and people in crisis through holistic approaches to healing, transformative drumming opportunities and the interactive, “Resiliency Radio” show. There is also an online program that encourages empowerment through various resources that are available 24/7.

Taylor Hawkins, drummer for Foo Fighters, has used his own band’s name, Chevy Metal, in order to raise funds for autism awareness. Hawkins, himself, has a nephew who was diagnosed on the autism spectrum, inspiring his 80’s Rocker band to new heights in 2013. Chevy Metal has also performed for Rock Against MS.

Drummer Sheila E., and business partner, Lynn Mabry, formed the Elevate Hope Foundation in order to assist victims of abuse heal through music and arts education programs. Located in Los Angeles, California, the foundation helps victims of childhood abuse or neglect use their inherent creativity to heal, and to turn tragedy into triumph.

While not an exhaustive list of drummers who are channeling their talents and infamy into positive actions for change, there is plenty of indication that drummers are at the forefront of social change around the world. As we all know, drumming is an art and a creative pursuit, but, the rhythms we play change us in positive ways, whether as we drum together in a circle, or, while pounding out a riff on stage. Making a difference in the lives of others is more than a donation to a cause. For these drummers, it is a passion that is fueled by the rhythm of the planet, the groove of the beat, and the pounding of their own hearts.

Drummers are well known for keeping the beat, driving the emotion of a song, and making the complexities of music just a little more fantastic. Through the examples of these drummers and their foundations and causes, there is no doubt that once a drummer puts his or her mind to a project or idea, the impact on the world is no less dramatic than the impact on the drums they play.