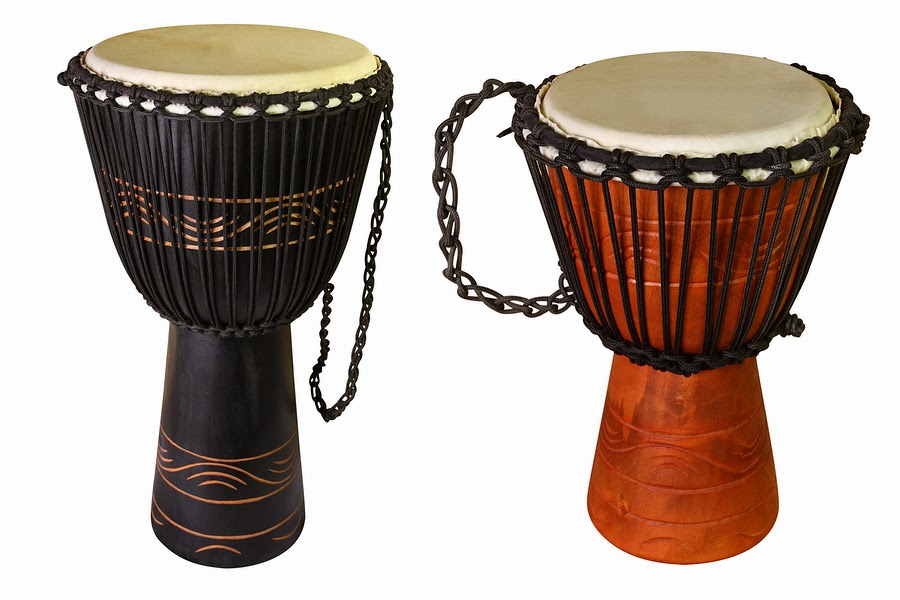 Drum circles are well known for the ability to share rhythm with like-minded people, either in team-building exercises, healing circles or just for a few fun hours with friends. When it comes to drumming in a drum circle, there can be numerous types of drums and percussion instruments used, but, the djembe drum seems to be the staple of these drum jams. With its roots in West African culture, the djembe drum’s ubiquitous presence in a drum circle may appear normal, yet, in truth, the two events are entirely unrelated.

Djembe drums are deeply rooted in the culture of the Yoruba of West Africa, as tribes used the drums for communication across large areas of land, and in tribal ceremonies and festivities. These experiences had common rhythms defined for the ceremonies, but were not even the focus of the events. Djembe drums, in fact, were used in tribal situations much like drums are used today: to keep a steady beat.

Drum circles, as we know them today, actually began evolving during the 1960s, embracing the counter-cultural ideals of that time. The popularity of drum circles continued to increase since then, and many drums were invited into the fold, including the djembe drum. Perhaps it is its portability and variations in size and style that made it such a “go-to” drum for drum circles, or, the visual and sound appeal of the instrument that continues to lead in circles today.  It could even be that unlike a frame drum that typically requires a beater or mallet, a djembe drum is simply easier to transport and play with the hands alone. Whatever the reason for the connection between djembe drums and drum circles today, the addition of these drums is always welcomed.

For any drum circle or drum jam enthusiast, the most important part of the event is the rhythm and the vibe of drumming within a community.  Whether on a djembe drum, a set of congas, with a rattle or a shekere, it is the experience of the drum circle that brings us together, through the collective need to keep the beat alive.