USE CODE BLACKFRIDAY FOR 10% OFF ANY ORDER OVER $99. PLUS FREE SHIPPING!

This week, Phil Collins, legendary drummer from both Genesis and his own solo career, announced that, as a consequence of surgery to fix damaged vertebrae that became dislocated during his tenure as a musician, he will never play the drums or piano again. Collins is incapable of holding drum sticks or curving his hands to play the piano, because the pain is too great. 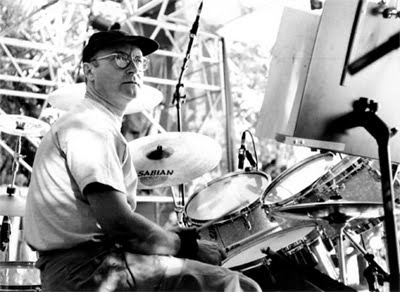 The operation, although successful, limits Collins' use of his hands, a fact that, strangely, hasn't affected the musician. Despite fifty years of playing the drums, Collins has taken the news in stride, saying to the Daily Mirror, "I am not in any 'distressed' state -- stuff happens in life." Although the damage may not be permanent, Collins isn't particularly worried, as he is still able to write music and sing. The damage to his hands may be repaired in a few years.

Collins initially fought the pain, going as far as to tape his drum sticks to his hands in order to be able to hold them. However, after accepting his condition, Collins has stated that he considers his health to be more important than playing the drums.

Collins believes that the damage to his spine was incurred during his last tour with Genesis, in 2007. Because Collins neglected proper drumming posture while touring, he compromised the alignment of his spine, causing a few vertebrae in his neck to dislocate, crushing his spinal cord.

This information comes after Collins' 2008 declaration that he would no longer be making music, as he reported to the London Times. Though he may not be planning any more tours or studio albums, he does plan to continue writing music, if only for himself. Instead of music, he plans to devote himself to his Alamo memorabilia collection.

Collins is currently working on bringing the Prince's Trust, a charity run by Prince Charles, back to Britain. The Prince's Trust had its first concert in 1983 at the Dominion Theatre and was revived in 1988 at Royal Albert Hall, a concert which is available on DVD. The Prince's Trust concerts featured famous rock stars like Collins, Elton John, Sting, Ultravox's Midge Ure, Dire Straits' Mark Knopfler and Eric Clapton.

Collins entered the music scene in the big 1970s in Genesis as a drummer after answering an ad in Melody Maker. When Peter Gabriel left to pursue a solo career, Collins replaced him as the lead singer, and their album, A Trick of the Trail, reached number three of the music charts. Collins played with Genesis until 1996, before rejoining for the tour in 2007.

Meanwhile, Collins also had a strong solo career, with albums like Face Value reaching number one on the music charts, and his singles ranking high as well. Fans will recognize "You Can't Hurry Love" and "In the Air Tonight" as some of his most popular songs. "In the Air Tonight" was featured in The Hangover and a line of Cadbury's advertisements, bringing Collins to a newer generation of fans.