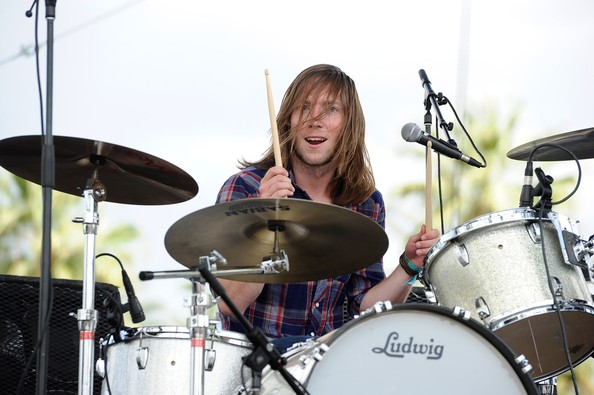 Performance anxiety can make pursuing a career on the stage seem impossible, but knowing that professional performers battle with anxiety can put any aspiring musician at ease. Sam Corbett, the drummer for the Saskatoon band The Sheepdogs, just so happens to be one of those pro musicians to experience pre-show jitters. Only what he felt was a whole lot more than a case of stage fright.

At a fundraiser for the Canadian Mental Health Association held last week, Corbett hosted a forum in which he talked about anxiety and how it affects people in the workplace, using his own performance anxiety as an example. Despite the band’s increasing success over the years, Corbett found himself struggling with performance anxiety just as much as he did when the band was playing local gigs in Saskatoon.

“It’s not just about being nervous 15 minutes before a show,” he told fundraiser attendees. Corbett spent nights before a big show tossing and turning until morning, negatively affecting his performance in the workplace—in his case, on the stage—and his relationship with his band members. “...I couldn’t stop thinking about the show … Because I was on edge all day, I would feel much more reserved. I just felt withdrawn and that’s not who I wanted to be,” he said.

Corbett hopes that the mental health fundraiser raises more awareness about mental health issues and how they affect people, even professional musicians, in the workplace. At X8 Drums, we’re glad to hear Corbett open up about his own anxiety, and we hope other drummers, or anyone experiencing anxiety that affects their work performance, will feel more confident seeking the help they need to overcome that anxiety so that they can rock the stage without the stress.

Photo of Sam Corbett playing with The Sheepdogs at Coachella in 2012 from www.zimbio.com. Source: Frazer Harrison/Getty Images North America.